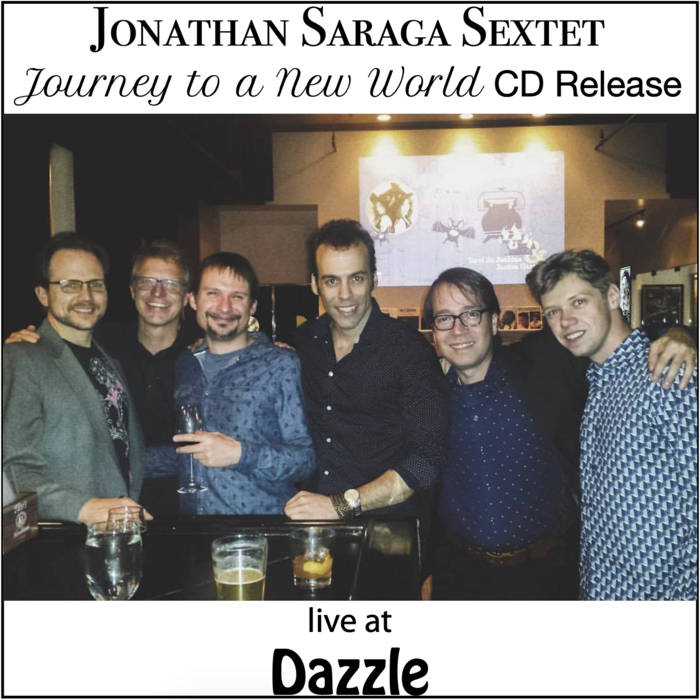 "Recognized internationally for both his playing and writing by the International Trumpet Guild, ASCAP Foundation, and International Songwriting Competition, NYC based trumpeter Jonathan Saraga has been said by All About Jazz to possess the musical “wisdom and maturity of veterans more than twice his age,” and that “his chops, lust for musical life and don't-box-me-into-a-stylistic-corner mentality make him seem like the musical offspring of trumpeters Dave Douglas and Ambrose Akinmusire.” His quintet/sextet has been performing around New York City since 2012 when the group’s debut album, First Vision, was released. All About Jazz has remarked that it is "...a skillfully conceived and exquisitely realized debut that brings to mind the edgy, envelope-pushing hard bop of many a Blue Note record in the early 1960s.” The ensemble has made appearances at acclaimed NYC jazz clubs such as Smalls Jazz Club, iBeam, SEEDS, the Shapeshifter Lab, Cornelia St. Cafe and has been featured by the Festival of New Trumpet Music. Their work has been noticed and praised by many acclaimed jazz artists. such as Jimmy Greene who said their music is “...engaging, tuneful, urgent modern jazz played at a very high level by young, masterful musicians," and Jon Gordon, who claims the group demonstrates "highly creative playing and writing...all done within a strong and fresh ensemble concept.” Jonathan’s writing style has always been inspired by his love for stories of honor, valor, courage, determination, and sacrifice found in movies and video games and the scores that accompany them." -Dazzle Jazz Club

Bandcamp Daily  your guide to the world of Bandcamp